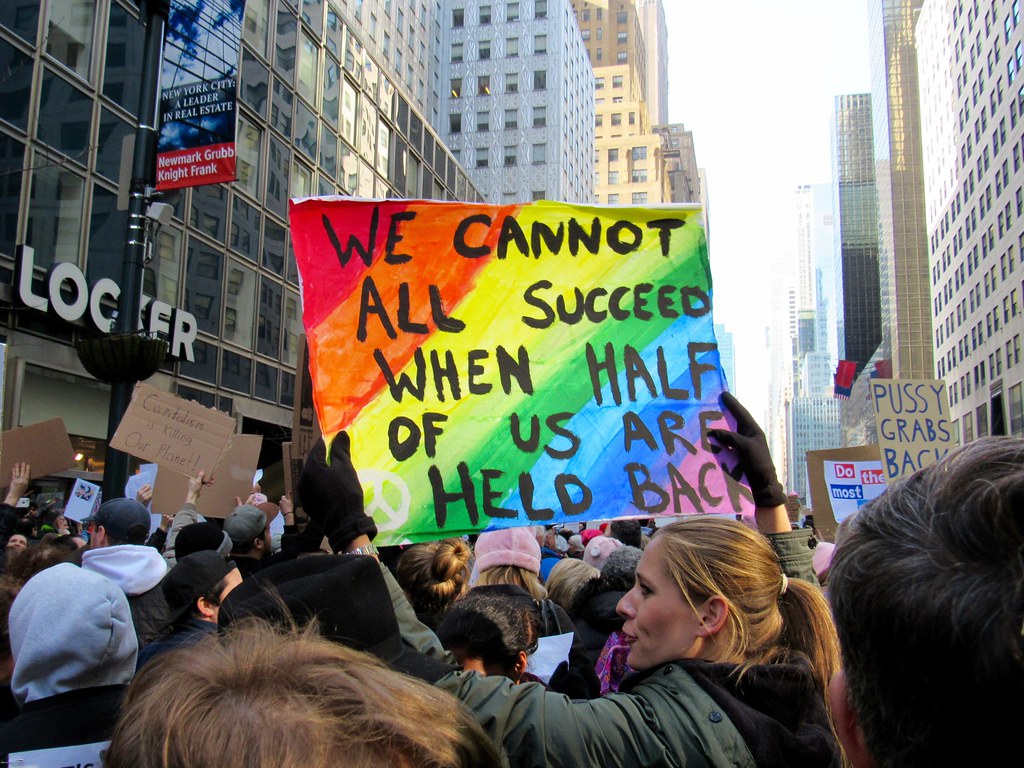 Sixty years ago, Sri Lanka, a small, Southeast Asian Island in the Indian Ocean, elected a woman as executive officer. Since then, 59 other countries in Europe, Asia, Africa, South America, Scandinavia, Middle East, and Central America, as well as Australia, Canada, and Turkey have elected women to be their chief executives. Clearly, these nations include a variety of religious beliefs, educational opportunities and social norms with historically different views of women and their place in society. If these factors were not barriers to electing women, what are our particular roadblocks that prevent the United States from electing a woman president?

The countries, with women in their highest office, have a popular vote or use their parliaments to pick their leaders. Only the United States elects its president indirectly with the Electoral College system. Had we used the popular vote in 2016, Hillary Clinton would have been president. Is our system undemocratic and outdated as some argue?

Charlotte Whitton, mayor of Ottawa in the 1950s, quipped, “Whatever women must do, they must do twice as well as men to be thought half as good. Luckily, this is not difficult.” This is the truth wrapped in a joke; but it is no joke that the women candidates in the 2020 election did do twice as well as some of the men candidates in their debate preparation, knowledge of and plans to deal with the issues, debating ability, fund raising, public appeal and they had governing experience credentials. But, it wasn’t enough.

Thoughts on the subject: A critical factor in this election, was electability; and, it may have outweighed the usual vote for the most likable. The women were seen as not electable. Obviously, sexism in politics remains alive and well. Liz Watson, a Counsel at the National Women’s Law Center said, “Words matter. Words help shape our perceptions about what opportunities are available to women and men.” The linguist Robin Lakoff said, “We are uneasy with the president as she, because it forces us to have a new conception of president.“

A brief look at the origins of sexism in our society, and how words are pejorative of women:

With the coming of Christianity, women were credited with a soul equal to men’s; however, they were regarded as responsible for the fall of Adam, therefore, their inherent moral weaknesses made women more susceptible to temptations and sin. The citizenship of women was still missing when the first governing document in the American Colonies, the Mayflower Compact, was written and signed by men in 1620. In fact, under the influence of Puritanism and Calvinism, women’s status declined to the point they were victims of witch-hunts and subject to be burned, drowned or hanged.

In the Declaration of Independence there are words about all men being created equal and endowed with unalienable rights The word men was not the universal mankind; it meant men, not women. Gender discrimination was codified and endorsed in our Constitution in Article II and Amendment 24 dealing with the president. The masculine pronouns, he and his, were used to describe the duties, responsibilities and impeachment of the president. Only white men were allowed to vote until the 15th Amendment was passed in 1870 allowing black men the franchise.

In 1919, the ingrained sexual discrimination was fully documented in a letter from the president of the Farmer’s Union to a Texas newspaper, when he expressed his objections to “woman suffrage.” This is an incredible letter and deserves its own article. A quote, “Is it not a sufficient political achievement for woman that future rulers nurse at her breast, laugh in her arms and kneel at her feet?” No! This is not a “political achievement.”

In the last election, a large number of Democratic women were elected to the House of Representatives. A picture of them was titled, “Freshmen women of the House.” We see the same dichotomy when the words upperclassman, mailman, policeman, are used referring to a woman. A Councilman refers to both men and women. Women soldiers “man” the command post. The word Master refers to an accomplished person, or a male in authority; the corresponding female term, Madam or Mistress certainly does not always have a similar meaning. Have these words made a lasting impression on the way we think about authority and who should be in that position? Women will not achieve full citizenship until America elects a woman president. Only then, can we tell our daughters and granddaughters, they have the possibility of being anything they want to be!