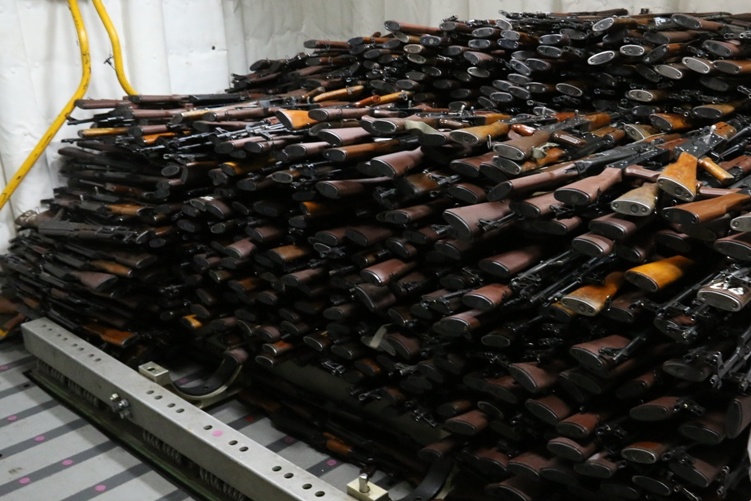 Ban All Sales and Ownership of Automatic Weapons

The use of automatic weapons by criminals, gangs, hate groups, and irresponsible individuals in America is out of control. This particular weapon of war comes in flashy bags, labeled Uzi, AK-47, M-16, plus other fancy labels.

As a Retired Command Sergeant-Major and former “Tanker,” I am also familiar with what all these weapons can do in the hands of the wrong people.

Let me begin by saying that all these automatic weapons were invented strictly for war. In combat, these weapons are used for suppressing fire. Also, in combat these weapons have a very low kill ratio, because only the first shot is truly aimed at the enemy. The rest of the shots are shot in the direction of the enemy. On the other hand, a single-shot rifle or pistol is more accurate because all the shots are aimed.

In Vietnam, the American kill ratio for enemy troops was 5,500 rounds of small arms ammunition for each man killed. Also in combat, soldiers are told to fire their weapons in the semi-automatic mode to conserve their ammunition.

On the other side of the coin, we find the gun advocates, who want no government control over gun ownership, “period.” Never mind the fact that these weapons are used every day to spray a group of kids or gang members – and innocent bystanders – with a hail of bullets. The idiots that use these weapons have no regard for human life, much less respect for the law.

These people consider an automatic rifle a nice toy and treat it as such. Also these people idolize these weapons, as though they were some type of god, something straight out of the movies to blow someone away.

While I was writing this column and looking at statistics, I made myself a list of people or organizations who would oppose or support this type of gun control. Reviewing my list of pro and con, I decided that my list of cons widely outnumbered my list of pros. However, my list of pros includes the police, victims of gun violence, some churches, medical professionals, and the Democratic Party. Opposed are the KKK, hate groups, gun dealers, hunters, gun manufacturers, criminals, militia groups, gun collectors, gun nuts, and of course, the National Rifle Association (NRA).

Some of these hate groups, militias and the NRA like to tie gun ownership to religion and portray it as American as mother’s apple pie. So politicians will use both sides of the coin to get elected no matter what happens on the streets of America.

Therefore, I urge some politician, with enough guts to propose a bill, to ban the ownership of these “weapons of war.”