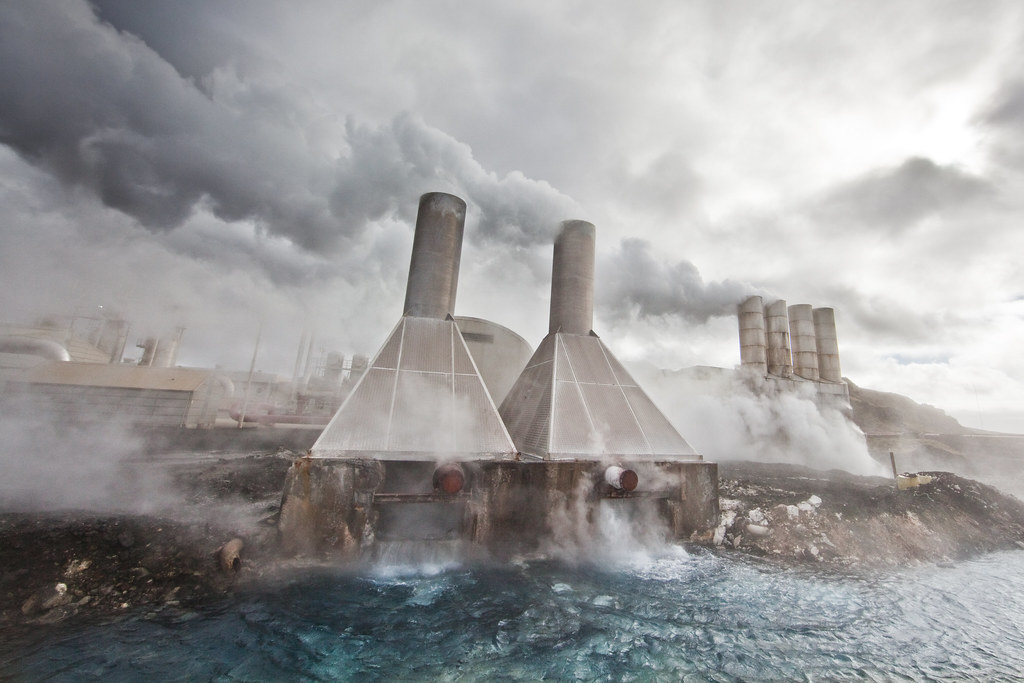 Geothermal energy, which is heat energy from the earth, could be a significant component of our national and local energy mix.  It is sustainable, environmentally-friendly, and renewable and  is still largely underutilized.   Geothermal can provide heating, cooling, and electricity for the future.  It is always on, unlike wind and solar,  and uses much of the same technology used in existing oil and gas development.  It can be tapped both by large projects or small home-based heat pumps.  Texas has significant geothermal potential which could help keep fellow Texans working as we transition away from fossil fuels to stop global warming.  The disadvantages of geothermal include the cost and special materials needed to handle the produced steam.  Also, it exists in specific locations which may not be near population centers.

Geothermal energy has been used for over 120 years in many places around the world.  Current geothermal power plants use what is termed a hydrothermal source, water (hydro) and heat (thermal).  We can think of volcanoes and geysers as examples of this type of naturally occurring heat and steam.  Wells are drilled into the hydrothermal source and steam is piped to the surface which powers a turbine that generates electricity. California has the largest hydrothermal development in the world called  “The Geysers” which generates over 5% of California’s electricity.   Kenya, the Philippines, Iceland, and New Zealand  generate more then 15% of their electricity from hydrothermal development.  Many other countries such as Italy, Indonesia, Mexico, Japan, and Turkey have hydrothermal fields.

Another form of geothermal energy called “Enhanced Geothermal Systems”  (EGS) has potential for more universal development particularly here in Texas.  Hot rocks are found down in the earth in many locations at reasonable drilling depths.  These can be developed by drilling wells into the heat source and cycling fluid to transfer heat to the surface to generate electricity.  The drawback has been cost and risk.  These projects are large and can cost in the range of $400 to $500 million.  So far only small demonstration projects have been attempted but as the need for renewable energy accelerates, so will the justification to development these mega projects.  Further pilot studies and research are necessary to both help measure the magnitude of the resource and optimize development.  Wells in Texas have found temperatures over 300 °F at 10,000 feet and over 500 °F at 23,000 feet.  The San Antonio area holds promise for EGS development as do many other areas of Texas.  The Geothermal Lab at Southern Methodist University is a worldwide leader in studying and promoting the geothermal development.

The final form of geothermal energy that I will discuss includes ground-source heat pumps (GHP) and other heat gathering techniques.  According to SMU, GHP systems are currently being used in 140 schools and 10,000 homes throughout Texas.  George W. Bush’s Crawford County Ranch uses GHT to heat and cool the ranch.  The technology is simple and cost-effective.  A shallow well is drilled to allow a heat transfer fluid to be circulated which can warm the home in winter and cool it in summer.  Existing capacity for GHP is the equivalent of about 2,000,000 homes nationwide but it has the potential to increase to 28,000,000 homes by 2050.  Existing oil and gas production can also play a role.  Many oil and gas wells produce hot high-pressure fluids that can be used as a heat and mechanical energy source that can be converted to electricity.  Estimates vary but there have been well over 1,000,000 wells drilled in Texas.  Data collected from those wells can help define the heat energy resource and  wells that can no longer produce oil and gas can be used, as is, or deepened to tap into a heat source.  The SMU Geothermal Lab estimates that between 500 MW and 2000 MW of electricity can be generated from existing production in Texas.  That’s enough to power 325,000 to over 1,000,000 homes.

The US Department of Energy projects that total geothermal electricity generation capacity has the potential to increase to more than 60 gigawatts by 2050, providing 8.5% of U.S. electricity generation.  Current energy from geothermal sources is less that 1/2% of our total needs but long term it can provide another renewable energy source that can help us achieve the national goal of being carbon neutral by 2050.  We need to support research at SMU and other institutions to optimize geothermal technology and move development  forward.  Wind, solar, hydro, and nuclear cannot do it all.