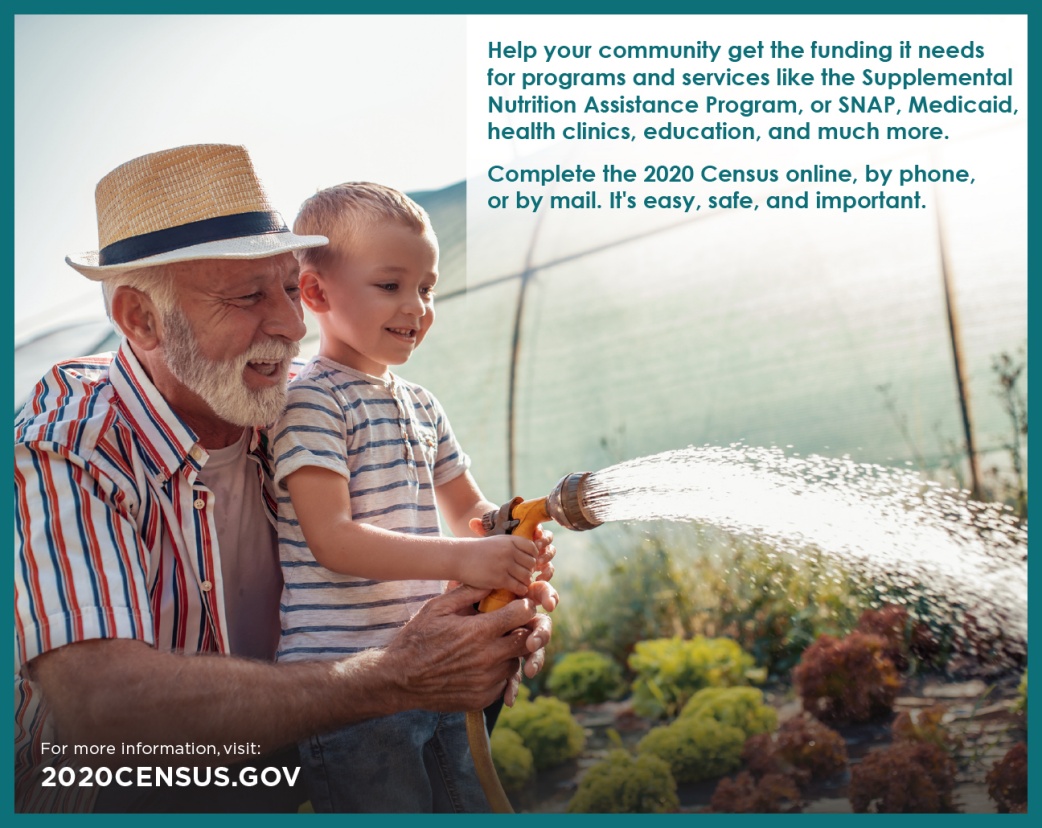 I’m borrowing this week’s “Progressive Views” space to address a topic that isn’t really progressive nor conservative, left nor right. It’s an opportunity that affects us all, and — if we all work together as a community to seize it — will have benefits for all of us.

That opportunity is making sure everyone living in or visiting Kendall County on April 1st of this year is counted in the 2020 Census. We often speak of the civic importance of ensuring that every citizen 18 and older registers and votes, but this opportunity is even bigger. Census participation is critical for every single person in Kendall County, whether or not they’re a citizen, no matter how old they are. And we get just one shot at it every ten years, so now is our time.

Why is this opportunity so important to us? Two main reasons: resources and representation.

The census and resources

George Washington University’s Institute of Public Policy studied the resource case in depth for its recently-published study entitled “Counting for Dollars: The Role of the Decennial Census in the Geographic Distribution of Federal Funds.” In Texas alone, the study found that census data determined the distribution of $59.4 billion from 55 of the largest federal programs in 2016. Because Kendall County accounts for 0.15% of the population of Texas, that means our county’s proportional share of that pool of federal funds would still be over $89 million per year. And that share is growing, as Kendall County grows at a faster rate than the state as a whole.

If we carry those growth trends forward to 2020, it basically comes down to this: if the accuracy of our count results in us including just 1% more of Kendall County’s true population in the 2020 Census, each percentage point of difference translates to $10 million in federal finding we stand to gain over the next ten years. But if we undercount, we stand to lose all that funding.

The census and representation

The second reason why the census count is so important is representation. Every ten years, apportionment divides up the 435 seats in the House of Representatives among the 50 states according to the population determined by the census. After apportionment, each state goes about redistricting — redrawing the district maps for federal and state legislatures so that all parts of the state are represented proportionally — again, using census data to build the maps.

If Kendall County is undercounted in the 2020 Census — particularly relative to neighboring counties — then our representation at the federal and state level will be diluted. We want our voices to be heard and fully represented, so we must start with a complete count in this year’s census.

To get to a complete count, we will need to work together to fight against some rumors and myths, by spreading the facts that will help our neighbors trust and participate in the census.

Fact #1: the census counts everyone who lives here, regardless of citizenship status or age. The census does not include a question about citizenship.

Fact #2: the Census Bureau cannot share your answers with law enforcement, other government agencies, or anyone. They can use the information to create statistics that describe the population as a whole, but they cannot reveal information about individuals to anyone. All Census Bureau employees take an oath to safeguard the privacy of census data — and if they break that oath, they are subject to hefty fines and criminal penalties.

Fact #3: the Census is quick and easy to complete. It consists of just nine questions, some of which are answered once per household, and others which are answered for each person in the household. And this year, you’ll have a choice: you can respond to the census online, by telephone, or by mail — and the online and phone options are available in thirteen languages.

How can you help promote a complete count, so Kendall County can get its share of resources and representation? First of all, be an example. Make sure your neighbors, friends, family, and social networks know you’re completing the census, and why it’s important that each one of them do so as well. Stay informed, spread the facts, and dispel the rumors. And if you can, consider applying to work with the Census Bureau to really help make sure the count is complete — you can apply at 2020census.gov/jobs. A complete census count benefits our entire community. Let’s each do our part to make it successful.