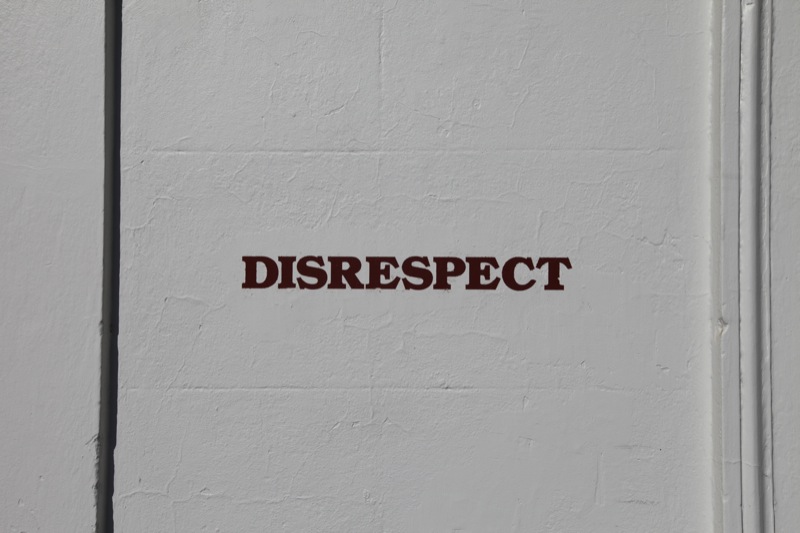 “When President Donald Trump canceled a visit to the Aisne-Marne American Cemetery near Paris in 2018, he blamed rain for the last-minute decision, saying that “the helicopter couldn’t fly” and that the Secret Service wouldn’t drive him there.  Neither claim was true.

“Trump rejected the idea of the visit because he feared his hair would become disheveled in the rain, and because he did not believe it important to honor American war dead, according to four people with firsthand knowledge of the discussion that day. In a conversation with senior staff members on the morning of the scheduled visit, Trump said, “Why should I go to that cemetery? It’s filled with losers.”

As everyone who hasn’t been living on the moon now knows, credible reporting has cited President Trump describing American troops who have been killed in combat as “losers” and “suckers.”  It goes without saying the president and his White House minions deny the veracity of the reporting (albeit along the lines of “(He) doth protest too much, methinks”).

The Atlantic article that first reported the president’s disparaging words should be “must reading” for every American voter before November’s election – not, I suppose, that its content will come as much of a surprise (however shocking).  After all, Trump has repeatedly exhibited an attitude rife with disrespect for this country’s Soldiers, Sailors, Airmen, Marines and Coast Guardsmen.

Other news outlets have confirmed the Atlantic’s story about the president’s refusal to honor America’s dead from that long-ago Battle of Belleau Wood, fought near the end of a war that is all but forgotten.  Regardless, to virtually all U.S. Marines, Belleau Wood and the Aisne-Marne American Cemetery nearby – where lie the remains of almost 3,000 military men who gave their last full measure – is and always will be consecrated ground.

The wake-up calls about this president’s true opinion of America’s military men and women came early on and were clear to anyone paying attention.  It was, after all, during the 2016 campaign that Trump offered his nauseating judgment of Senator John McCain, opining, “He’s a war hero ‘cause he was captured.  I like people that weren’t captured, OK?”

Needless to say, Trump has never come close to apologizing for these remarks, most recently imparting, “Look, I say what I say, and I never got along with John McCain … I wasn’t a fan,” as if this somehow excused his disrespectful comment.

And then there was his obtuse pre-election “critique” of Muslim Gold Star parents Khizr and Ghazala Khan.  The Khans had appeared at the 2016 Democratic Convention to denounce Trump’s pledge to ban Muslims from entering the United States.  Their son, U.S. Army Captain Humayun Khan, an American Muslim, gave his life in Iraq in 2004 while serving the country he loved.

The article in the Atlantic also describes an incident that occurred when retired Marine General John F. Kelly was Trump’s secretary of Homeland Security.  While standing at the Arlington National Cemetery grave of Kelly’s son Robert – who was killed in Afghanistan in 2010 – Trump reportedly said, in what can only be described as gross insensitivity and scorn, “I don’t get it.  What was in it for them?”

All this from that same Donald Trump who sought and received numerous deferments from military service during the Vietnam war by claiming he had a bone spur.

I don’t know how the righteous Republicans in these parts will answer for their president’s words.  Most likely, they won’t – or perhaps they’ll follow their dear leader’s example and proclaim far and wide that it’s a “hoax.”

Or maybe they’ll try to generate some mind-numbing distraction by slamming former Vice-President Biden or Senator Harris or all Democrats everywhere, around every corner and hidden in every dark shadow, just waiting to end western civilization as we know it (or something equally inane).

Or perhaps they’ll mumble something to the effect that it’s just Trump being Trump or that he didn’t mean it in his heart of hearts.

Or perhaps they’ll urge everyone to just move on in the hopes it will all be forgotten by the time November rolls around.

Like it or not, this is serious stuff.  It won’t be ignored and it certainly won’t be forgotten, let alone forgiven, by those of us who have actually worn the uniform.

And more urgently perhaps, come November, it should not be forgotten by voters.