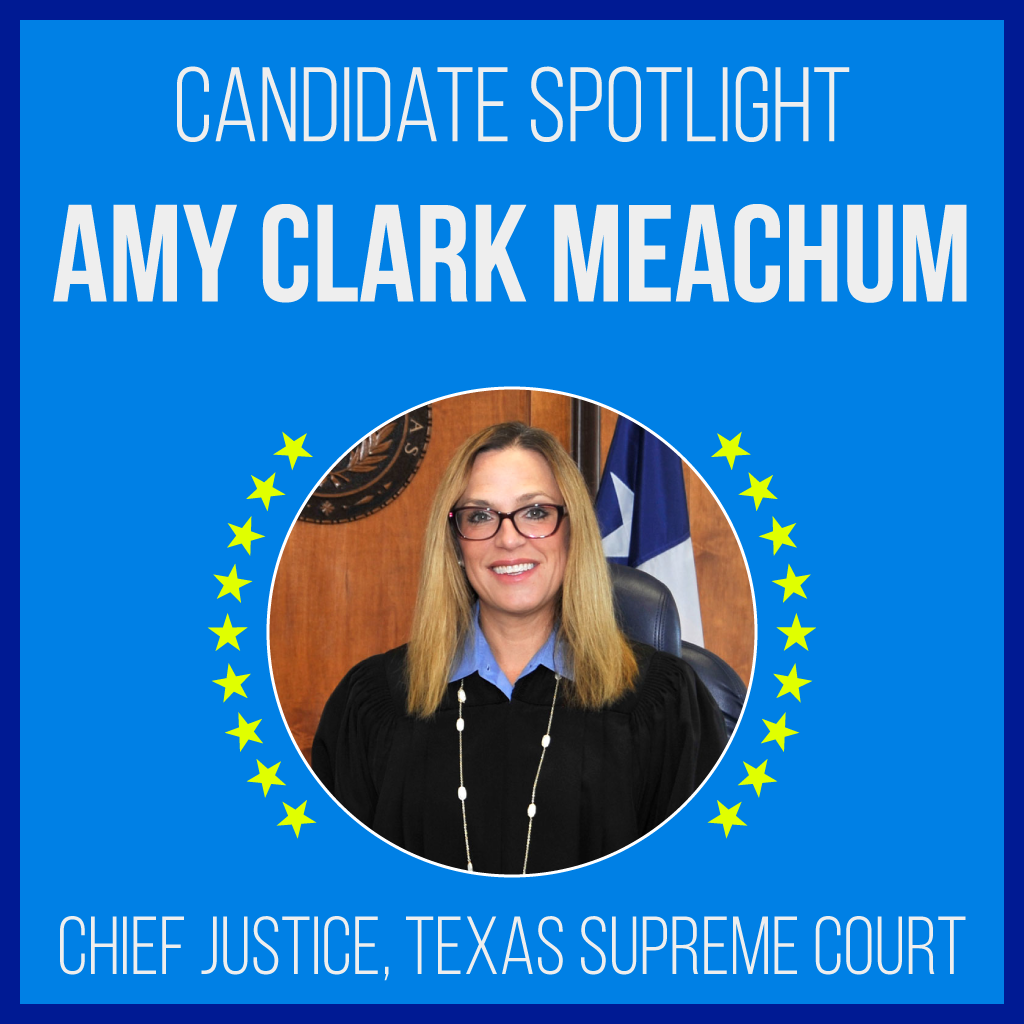 The Texas Supreme Court is the court of last resort for all civil matters in Texas. The Court chooses which cases it will hear. (The Texas Court of Criminal Appeals is the appeals court for criminal matters.)

The Texas Supreme Court has a Chief Justice and eight other justices, all elected statewide. Currently, all judges on the Court are Republican (with one vacancy). We need Democratic judges on this Court to ensure the fair and equitable application of justice.

Why we support Amy

Judge Meachum has been the presiding judge of the 201st District Court of Travis County since January 2011. She is the judicial liaison for the Administrative and Public Law Council for the State Bar of Texas. She believes that “Texans want to elect judges with integrity and common sense who will interpret the law fairly.”

“All Texans should have access to essential legal services. Access to justice is a top priority of mine, and one of the cornerstones of a fair and just society, especially during COVID. The current Court is considering a $1.2 million cut to legal aid, but rising evictions, layoffs and domestic violence cases are creating a more urgent need for legal services – not less.”